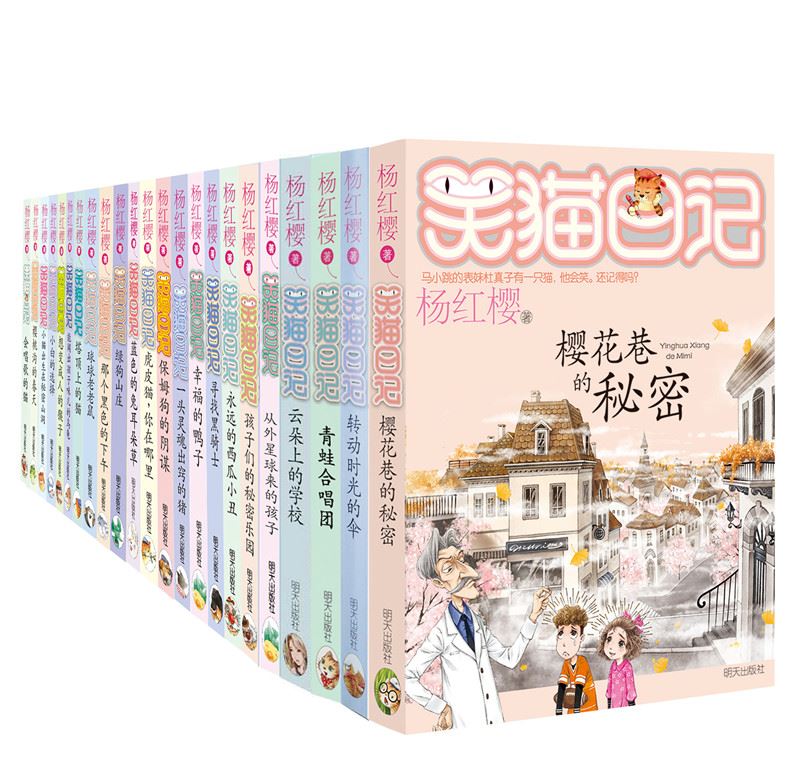 The Diary of Smiling Cat published by Tomorrow Publishing House is a representative work of the writer Yang Hongying. Since it was launched in 2006, 23 books of this series have been published and more than 47 million copies have been sold. This set of children's stories focuses on the spiritual growth and character cultivation of Chinese children and is an outstanding work of children's literature. Since it was launched, it has been very popular among children and has been praised by all walks of life. It won national awards such as the Award for Picture Books at the Second Chinese Publication Government Award and the Award for Picture Books at the Second Excellent Chinese Publication Award. At present, the copyrights on the Germany, English, Thai and Korean versions of The Diary of Smiling Cat have been exported.