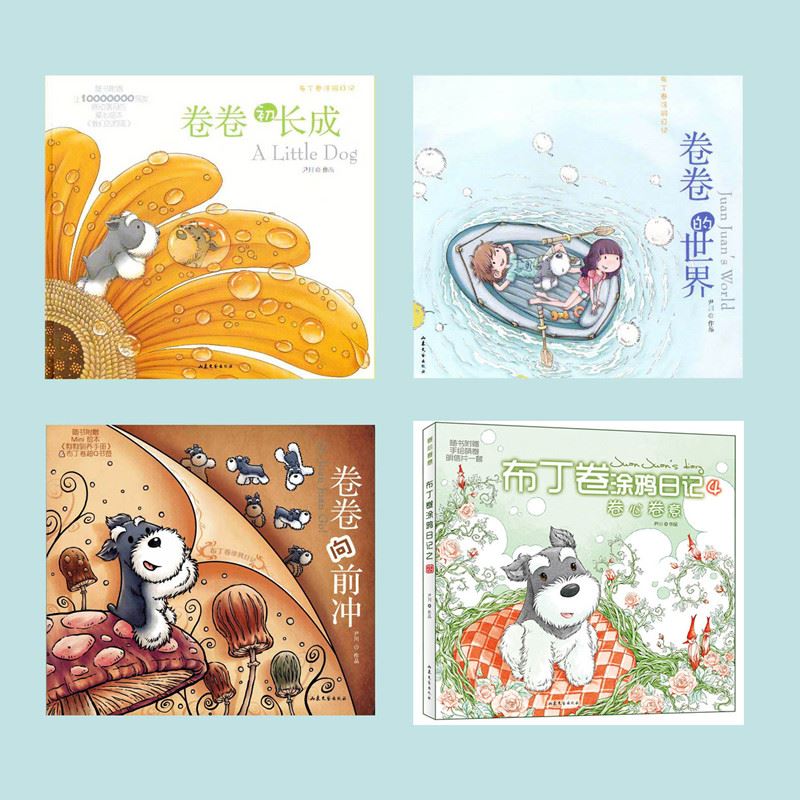 Wan Wan series，has pure natural style, warm bright color. The pictures are so delicate that one couldn’t bear to put it down. Out of perspective of host and hostess, it describes a little dog’s growing up, and brings you natural smile that a mischievous endearing dog, host and hostess who can’t be less interesting, make it almost earth-shaking. As long as they live together, a small happy grow up bit and bit. Whether having a pet, anyone could willingly be involved in the diary of love. The fifth volume, What do? Wan Wan , will be published in this year. (The former 4 volumes of French and Korean language copyright had been exported. French language version was published from September 2014 to April, 2015 and Korean version was done in October, 2016.)